“The practitioners of kickbacks and graft should not only get a rap on the knuckles, they should have their faces smashed.”

Those were the words of Russian dictator Vladimir Putin last week, speaking to a group of policemen.

Not only is Putin telling policemen to use violence against suspects who have not even yet been convicted of any crime.

Not only is he, seemingly, telling the nation that Russia’s law enforcement mechanisms are totally unable to protect them from corruption, encouraging them to take vigilante steps on their own.

But Putin is forgetting that he himself is a massive bribe taker, from his earliest days in St. Petersburg government. So, by his own words, he himself deserves to have his face smashed!

This is the depth to which Putin has brought his country. And there is more, much more, yet to come.

It’s shocking to see such childish and idiotic financial “analysis” being produced by as lofty a source of financial information as the Financial Times of London.

Writing on the FT’s “Beyond BRICS” blog, Rob Minto claims “Russia is not as unequal as you think” based on a report he read (but does not even take the time to link to, really shabby stuff) from Russian stock brokerage house Renaissance Capital.

RC used Gini coefficient analysis to produce a chart that, apparently, Minto did not even take the time to read.  The chart plots the positions of 22 different countries based on per capita income and Gini rating for economic inequality.

Apparently they haven’t learned to count yet over at the FT, because only five countries out of the total group show more economic inequality than Russia (South Africa, Brazil, Chile, Mexico and Argentina).  That’s right, sixteen of the 22 countries showed less economic in equality. Russia stood in the bottom quartile of the group, yet Minto, a braying jackass if ever there was one, thinks this proves Russia isn’t that unequal after all.

And that’s only the first gaping flaw in Minto’s analysis.

END_OF_DOCUMENT_TOKEN_TO_BE_REPLACED 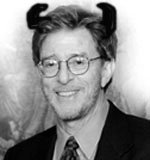 If there is a more mendacious and treacherous piece of filth lurking in the darkest of the dark corners of appeasement and complicity where Russian dictatorship is concerned than Professor Stephen F. Cohen (pictured, left), we have never heard of the villain.

When combined with his malignant wife Katrina vanden Heuvel, publisher of The Nation magazine, a frenzied left-wing screed if ever there was one, Professor Cohen surely takes the cake in selling out American values for personal gain.  Cohen has been exposed time and time again for his dishonest and misleading diatribes in support of Vladmir Putin, so it was hardly surprising to open the pages of the Washington Post and see him exclaim that we have nothing to fear as Putin becomes president for life.

One can clearly see in Cohen’s insane ravings in the Post the shadows of the ghost of Neville Chamberlain, who told the world it needn’t worry about Adolf Hitler and then, when millions perished, said “oops, sorry, my bad.”

END_OF_DOCUMENT_TOKEN_TO_BE_REPLACED

The U.S. Senate should NOT confirm Michael McFaul as the next U.S. Ambassador to Russia. 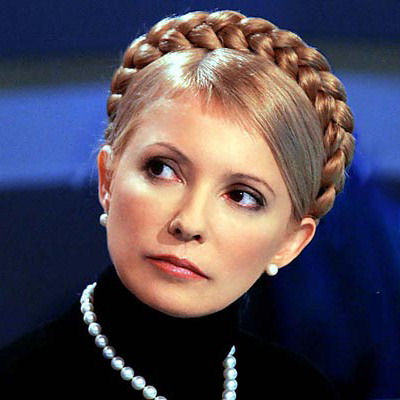 END_OF_DOCUMENT_TOKEN_TO_BE_REPLACED

Anyone who thought that two recent visits to institutions of higher learning in Russia would result in the education of Russia’s so-called “president” Dima Medvedev was pathetically mistaken.

First Medvedev visited the People’s Friendship University, and then days later he appeared at Moscow State University.  Before he left the latter, students had been arrested for criticizing him; at the former, an authentic neo-Soviet Potemkin Village was created to conceal the life-threatening living conditions faced by the wretched students who call the asylum home.

END_OF_DOCUMENT_TOKEN_TO_BE_REPLACED

If you saw the movie “Boys Don’t Cry,” you saw Hilary Swank portray a character being brutally gang raped. Until recently, we would never have suggested than any woman deserves such a fate. But now we can’t help but think that maybe Swank herself actually does. Or maybe, something worse.