John Helmer, one of the longest-serving foreign journalists in Russia, has been booted out of Russia just like Luke Harding not so long ago (Harding has just released a book detailing his horrific torture by the Kremlin maniacs who feared his reporting).  Helmer, at Dances with Bears, has long been one of our favorite bloggers, and we condemn the cowardly denizens of the Kremlin who, in the run-up to the parliamentary elections, are obviously engaged in a frenzied effort to clamp down on the last vestiges of truth and dissent in the country. 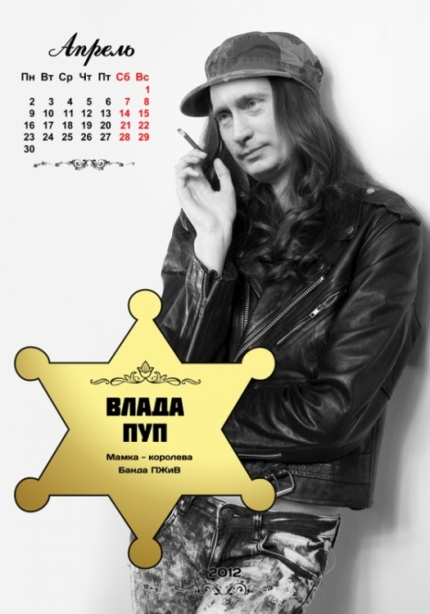 I curse Vladimir Putin, the Russian leader, for helping in its wanton destruction, as he uses his veto to protect murderers, and supplies submarines and state-of-the-art weapons to kill yet more innocent Syrians. We Syrians recognise the type only too well. Vainglorious, brooking no dissent, buoyed up by financial mafias and laying on putrid cold war rhetoric, which leaves us even colder.

The Russian government has stood against the people of Egypt, and watched their victory with bitter resentment.

It stood against the people of Libya, and was again humiliated before the world.

Now, it stands against the peoples of Syria and Iran, giving aid and comfort to the brutal dictatorships that oppress and destroy them.

But the people of Syria are winning, too. And they clearly see that Russia stands against them, while the nations of the West urge them to victory. When they prevail, they will not forget Russian treachery.  All through the Middle East, Russia’s reckless foreign policy is alienating nation after nation, leaving Russia a pariah with only the likes of Iran to call its friend.  This disastrous pro-terror policy is a hallmark of the horrific failure of the Putin regime across all aspects of foreign policy.

Russia is a doomed, benighted land.

While state TV channels later edited the catcalls out and made no mention of the incident, Russian and foreign media said it was the first time Putin had been publicly booed. Alexei Navalny, one of Russia’s most prominent bloggers, called it “the end of an era.” He also suggested the incident had symbolic significance as it was now known to “everyone in the country, from young to old.”

Putin supporters had other explanations fo the boos. Kristina Potupchik, a spokesperson for the pro-Kremlin youth group Nashi, said in her LiveJournal blog the crowd was “anxious” to get to the toilets.

So, in the best case scenario for Putin, Russians would rather pee than listen to Putin. In the worst, they hate him. Nice work, Mr. Putin! Who knows what Brezhnevian heights you will reach in the next 12 years! If Russia lasts that long.  When Putin’s lying sycophants realized it didn’t quite make sense for the audience to suddenly start booing at the moment Putin stepped onstage if it was about the bathroom, they changed their story and said the audience was booing the American who lost the fight.  But why choose the moment Putin appeared to boo the American? This is neo-Soviet comedy of the first order.  Once again, the foundations of Russian society are crumbling and collapsing, and all the world can do is gape in slack-jawed amazement.

One can only wonder how long it will be until live broadcasts of Vladimir Putin are banned and those who post video of this kind are jailed.

Once again, data has confirmed that two-thirds of the people of Russia have absolutely no access to the Internet and never access it.

Those who do manage to access the Runet, moreover, use it for nothing more than socializing, and even that they do at a rate well below the European average.

What this means is really quite simple:  Those who tell you that it doesn’t matter that Russians have no real TV news, because all sources of it are owned and operated by the Kremlin, and no real newspapers, because the same situation prevails, because Russians have ready access to the Internet to make up for it, are lying to you.

There is no significant offset of the Kremlin’s propaganda on TV and in the mainstream press to be found in the Internet.   What’s more, the obscure sources that do exist, serving a tiny fraction of the population, are under constant assault, and the Kremlin is aggressively seeking to co-opt or destroy them.

There is no hope to be found for Russia online.

Vladimir Putin’s performance of late has been so odious, so noxious, so repellent that even hardcore Russophiles are turning away in disgust.

Take the bitter, poisonous anti-Putin diatribe that recently issued from the pen of Vladimir Frolov, once one of Putin’s most ardent brown-nosers.  Frolov begins: “Perhaps a true measure of rulers’ distrust of their people is when they choose to be more frank with foreigners and rush to tell them what they are not in a hurry to communicate to their fellow citizens.” And then he gets nasty, condemning Putin’s conduct at the recent Valdai forum propaganda festival as a insult to the people of Russia.

But we rise to defend Mr. Putin!  Distrust of the Russian people — indeed, contempt for them — is a theme that runs consistently throughout Russian history. And why shouldn’t Putin have contempt for the people of Russia?

END_OF_DOCUMENT_TOKEN_TO_BE_REPLACED

A blogger has reported that a hacker in Russia has attacked a water pump at a facility in Springfield, Illinois, switching the pump on and  off remotely until it burned out.  This is where the Obama “reset” policy has brought us:  We are actually being attacked by the Russians at our most vulnerable and dangerous points, this time drinking water, and we are not even defending ourselves for fear it might “offend” Obama’s beloved Medvedev regime.

Meanwhile, Russia has aggressively opposed Obama’s effort to impose sanctions on Iran following the discovery that it is moving forward with plans to develop a nuclear weapon.  Obama’s “reset” policy was specifically designed to prevent Russia from adopting such a policy, and its failure in this regard is palpable.

And the cost? America has abandoned the defense of its values in Russia, selling not just all Russian democrats but all of Eastern Europe down the river in order to win imaginary benefits from Russia that have now proven wholly illusory.  This is the greatest American foreign policy failure of this century.

On the American Thinker, Kim Zigfeld outlines Russia’s demographic nightmare, which will see it’s population go from 4% of the world in 1950 to 1% in 2100, and explains the horrific consequences of this catastrophe for the outside world:  Russia will rely more and more on terrorism as it becomes more and more irrelevant.

On Pajamas Media, Zigfeld cheers as U.S. House Speaker John Boehner finally stands up to the Obama regime on Russia, demanding that Obama’s cowardly policy of Chamberlainian appeasement cease.  Now, if only the revived Republican Party will translate words into policy, and if only American voters will respond to Obama’s failure appropriately, there may be hope of the US regaining the moral leadership it had under Ronald Reagan. 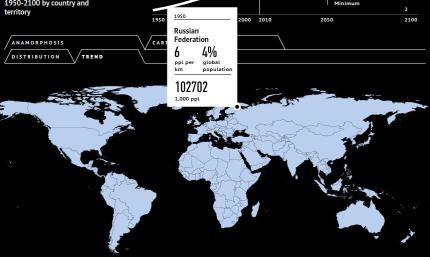 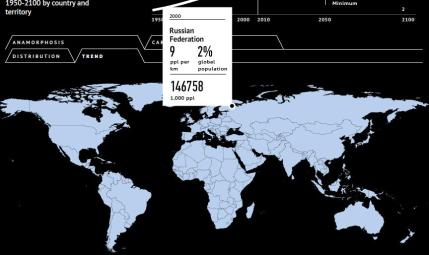 Russia using the same technique in 2000, the year Vladimir Putin became “president.” Even though Russia’s population had increased by one-third since 1950, its share of the world’s population was cut in half because Russian population growth was so anemic compared to other countries. 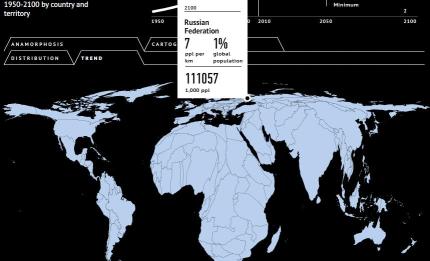 Russia as it will look in 2100. Maybe you need a magnifying glass? By the end of this century, Russia’s share of world population will fall by half again compared to what it was when Putin took power. Its size will have been reduced by one third.

Kashin, seen in Moscow journalist circles as something of an expert on youth groups, reported extensively and harshly on Nashi, which is a notoriously closed and guarded group: “Worse than a cult,” Kashin says. The head of Nashi and of Russian youth politics more broadly, Vasily Yakemenko, is said to have dormant connections to Moscow street gangs and organized crime, specifically a group that once regularly beheaded its victims. “My sources were telling me that Yakemenko considers me an enemy — I mean, an enemy, enemy, enemy, enemy,” Kashin says. While Kashin lay in a coma, Yakemenko’s possible role in the attack was openly debated in the Russian press. But 10 days after the beating, Putin summoned Yakemenko to his office to talk about physical education. In Russia, a signal like this is obvious, and the system responds accordingly, dragging its feet and letting an investigation gather dust. Going after someone in Putin’s circle is just not worth it.

—Foreign Policy on the brutal assault of journalist Oleg Kashin and the explanation for  the total failure to bring his attackers to justice, just as the killers of Politkovskaya and Klebnikov have never been found.  Some said Politkovskaya’s case was special because she dared to report on Chechnya. But neither Kashin nor Klebnikov did that.